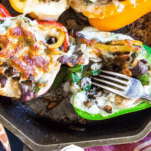 These Keto Philly Cheese Steak Stuffed Peppers are a delicious low-carb dinner option. The bell peppers are stuffed with a buttery steak and onion filling and topped with melty cheese. 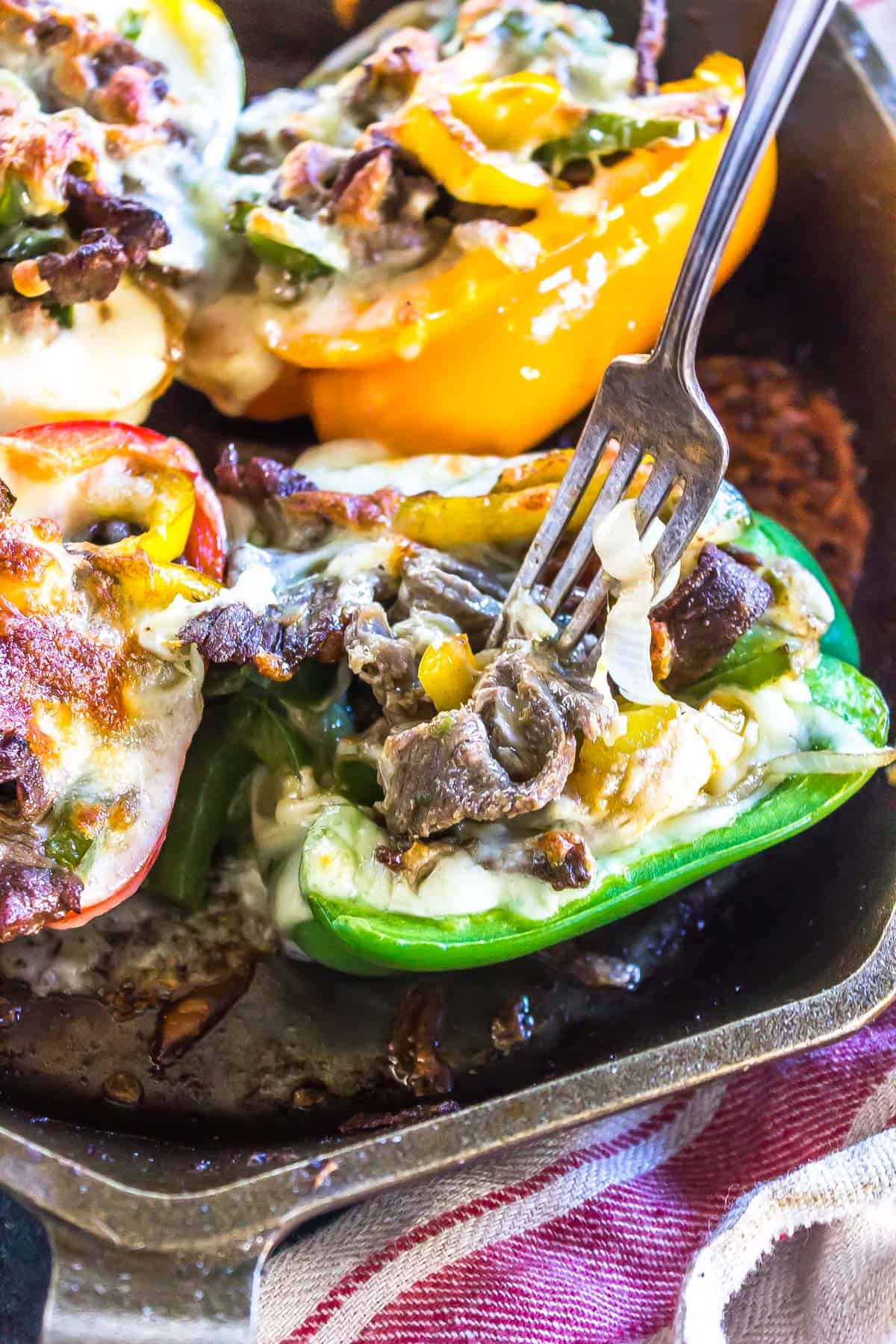 I’ve only been to Philadelphia once (I toted my tuba through the streets when my high school marching band marched in the Philadelphia Thanksgiving Parade). Anyways, I had three things on my list that I had to accomplish while there:

The first two things were fun, but nothing will ever compare to that sandwich. 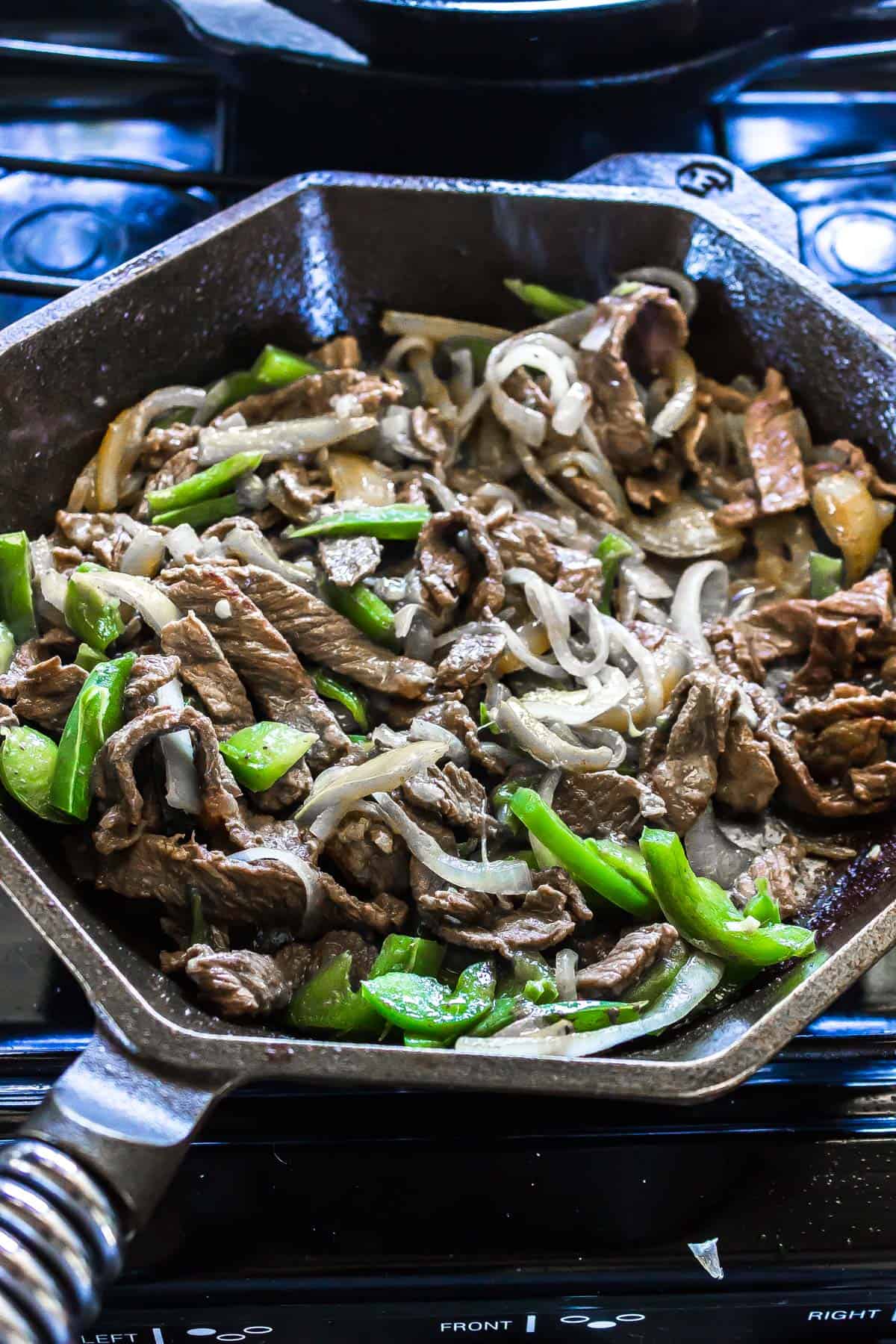 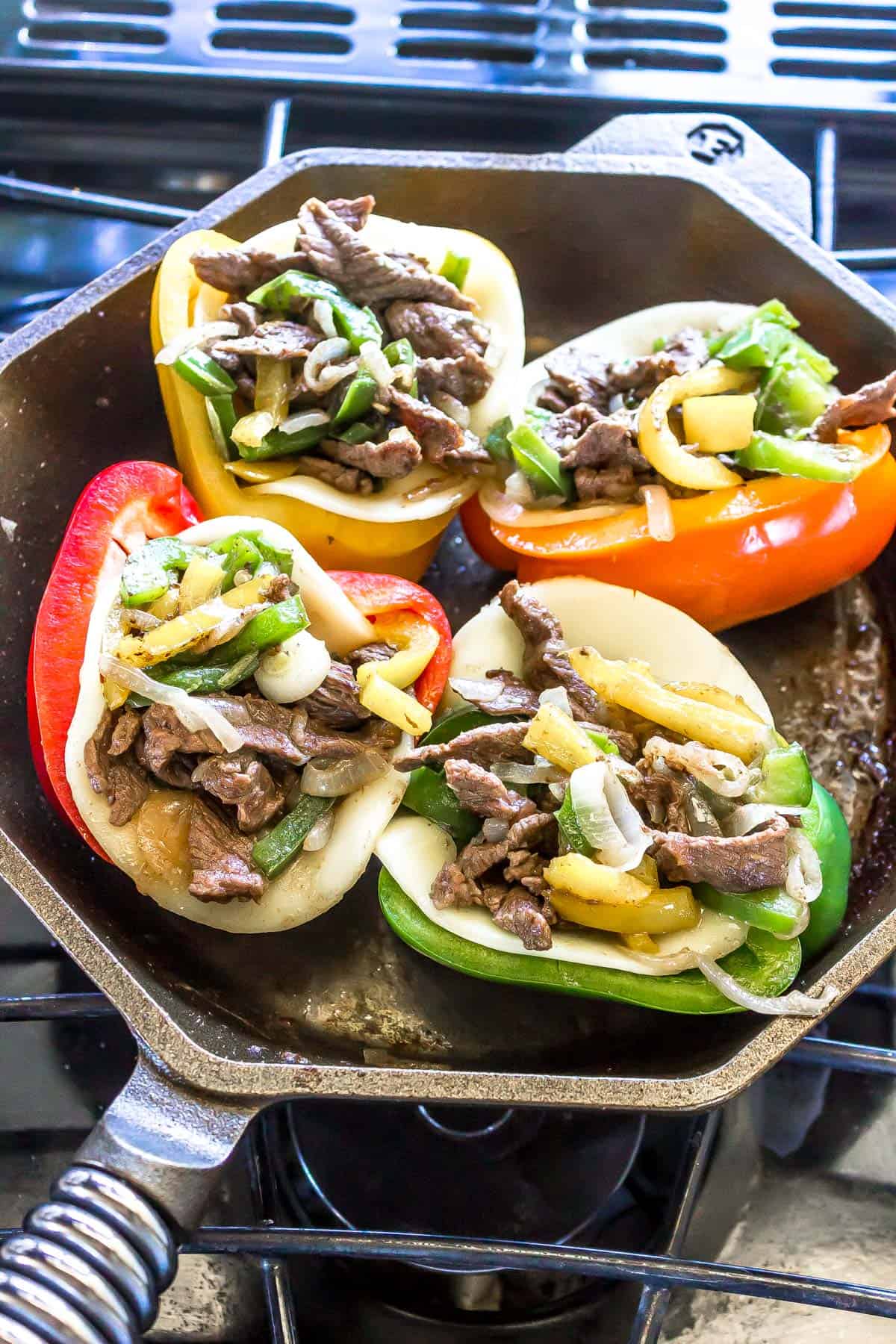 How to Make Low-Carb Stuffed Peppers

This low-carb version obviously forgoes the bread but doesn’t skimp on flavor! There’s plenty of butter that the grass-fed steak, onions, and peppers are cooked in before being added to the provolone stuffed pepper halves. Then a sprinkle of cheese on top before baking adds a crispy crust like texture that can’t be beat. You’re going to love this easy recipe! Looking for another pepper recipe? Try our classic Keto Stuffed Peppers! 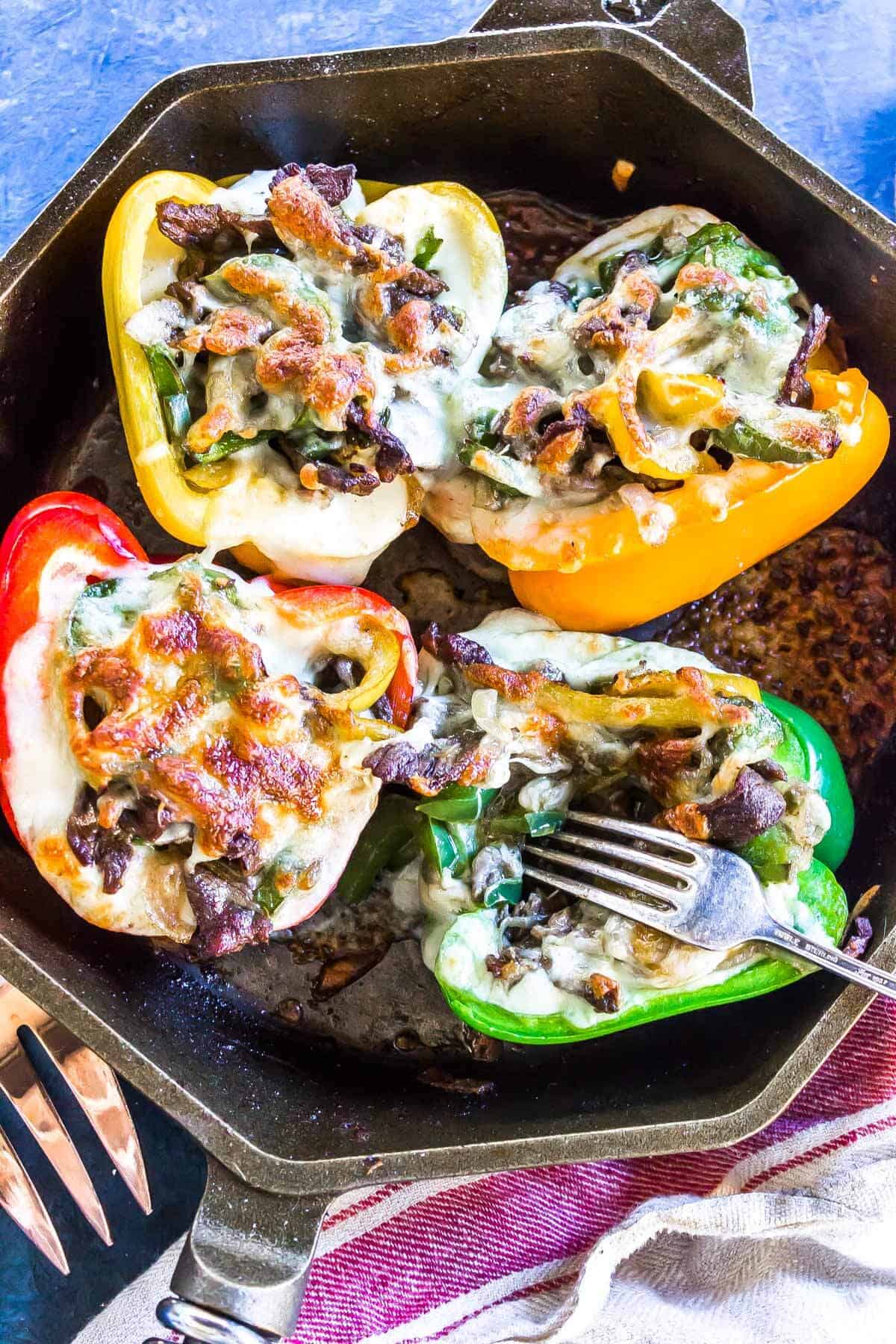 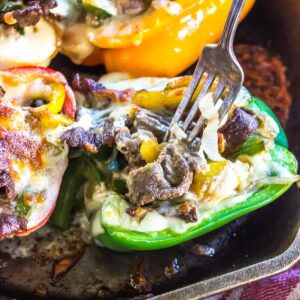 # Hashtag with us!Don't forget to mention @castiron_keto or tag #castironketo on Instagram with your creations! We love seeing what you're making.
Previous Post: « Keto Fried Rice with Japanese Shrimp Sauce!
Next Post: Keto Garlic Butter Shrimp and Asparagus »

KETO CROUTONS - this semi-homemade recipe (does an