Please excuse our mess, Cast Iron Keto is undergoing a major redesign. You may see broken links and broken images, we are working quickly to fix all issues. 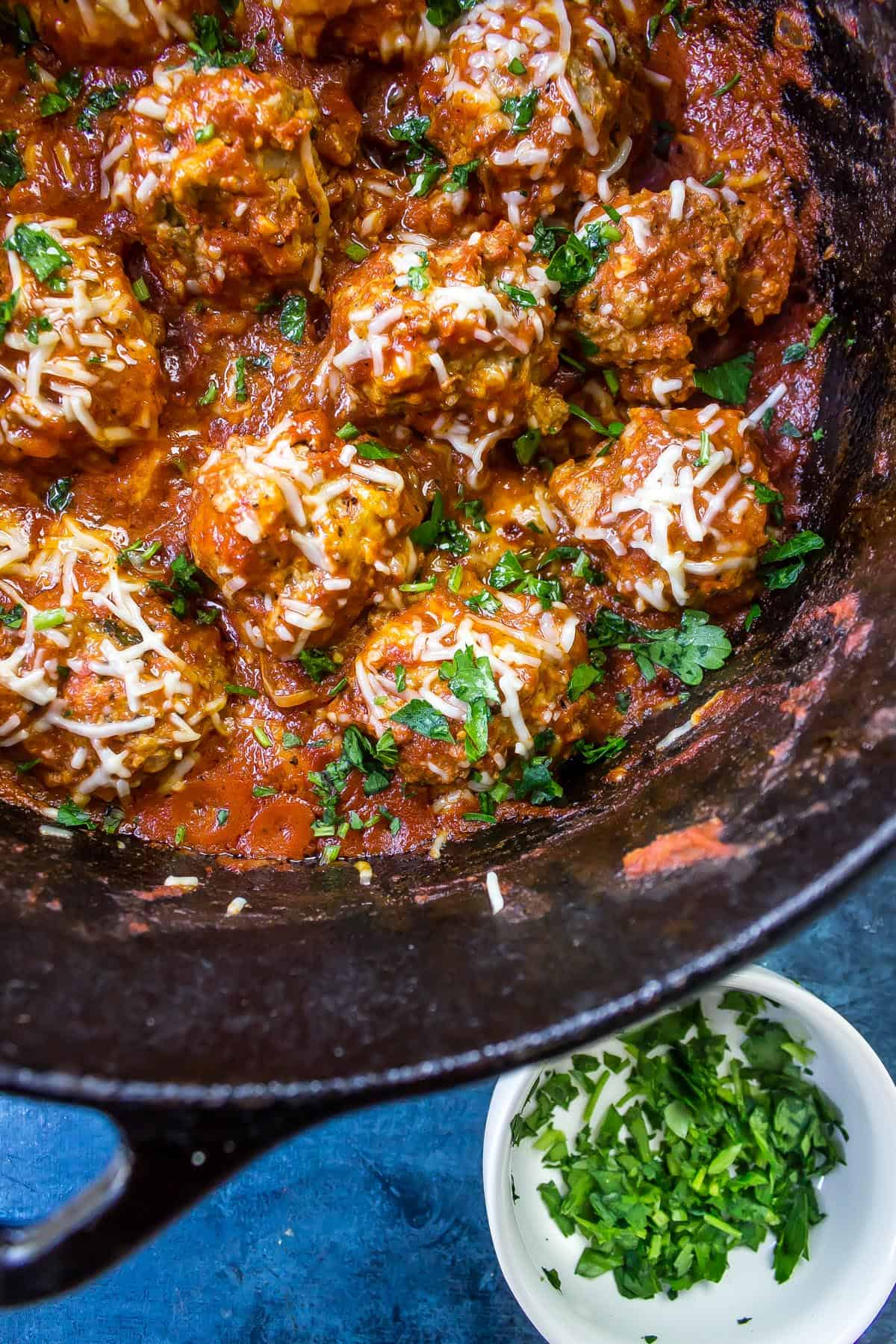 Hearty… Saucy… Delicious… these are just a few of the words you could use to describe these keto Italian meatballs.  Cooking them in a cast iron dutch oven really brought out a flavor meatballs cooked in an enamel or steel pot can’t compete with.  They came out so juicy and imparted so much of the flavor on the marinara sauce.  Adding flavor to the marinara was a good thing, but I’ll touch on that in a minute.

The entire time I was making these meatballs, all I could think about was that old alka seltzer commercial where the guy is sitting at his table trying to get his line right and eats several dozen spicy meatballs.  So, I’m walking around the kitchen while they are simmering beginning every sentence with the phrase, “Mama Mia!”.  Eventually this wore on Lauren’s nerves so she would respond, “Here I go Again” and burst into the rest of the musical number right there in the kitchen, and of course I had to join in too, so I put on an ABBA album.  After these meatballs were serenaded while they simmered, I’m lucky they didn’t turn into Swedish meatballs, of course those would have been delicious as well. 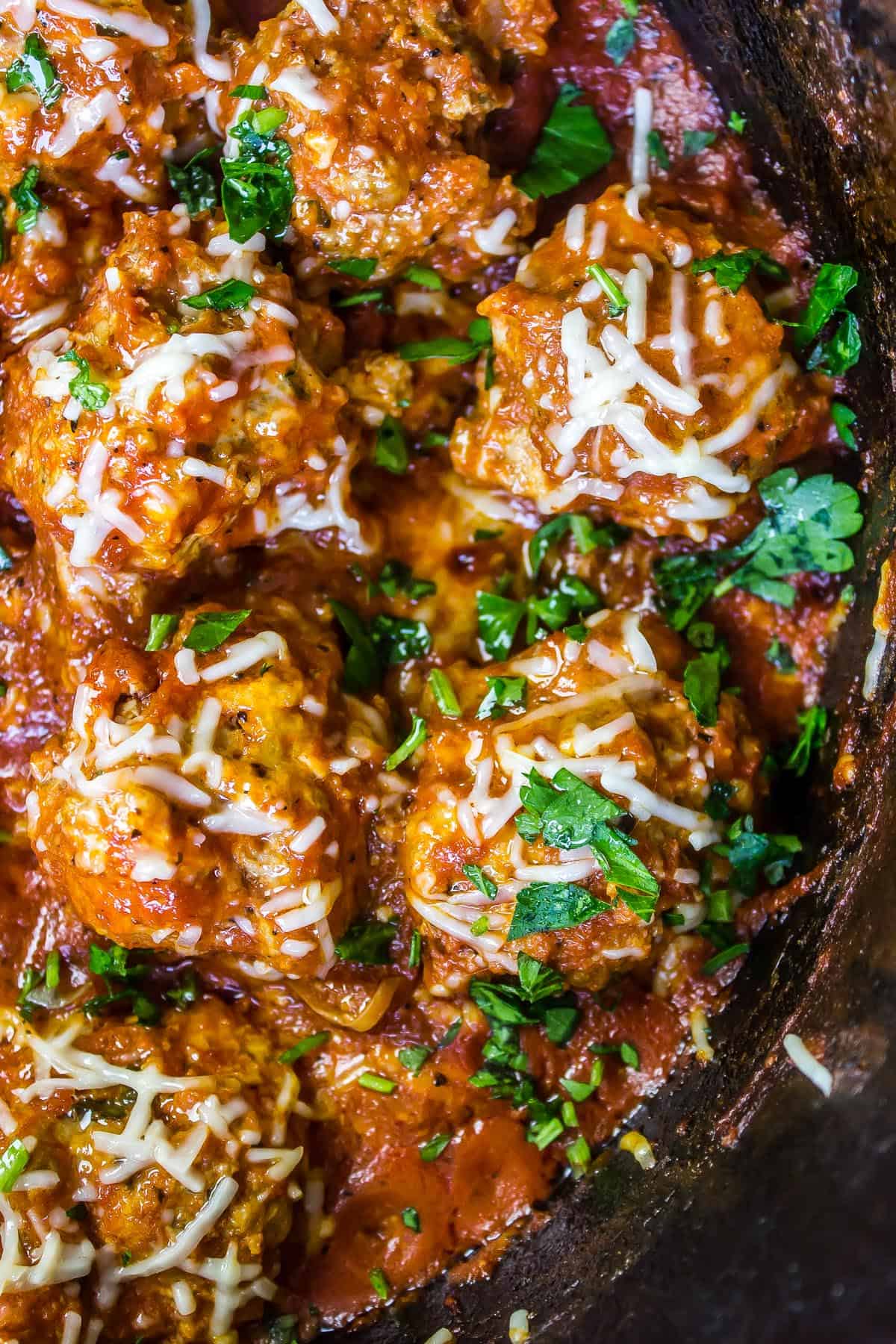 To keep things simple I used a pre packaged marinara sauce and the hardest thing about this recipe was finding a keto friendly store bought marinara sauce.  I searched for several minutes in the grocery store to find one with no added sugar and a low carb count with ingredients I could pronounce.  It shouldn’t be that hard to find real food, but I finally found one that fit with what I was looking for.  When I got home I popped the top off, and it was marinara sauce, but it really lacked flavor, and I’m grateful the meatballs added so much flavor to the sauce, or this one might have been a dud.  Next time I’ll probably suck it up and whip up a big batch of keto marinara sauce from ibreatheimhungry.com or the low carb marinara sauce from the keto diet app.

How to cook Keto Meatballs

Cast Iron Keto is a resource for folks who want to live their best life through low-carb, high-fat recipes that fuel epic adventures! MEET US >

Ready for a week of EASY + TASTY 30-minute Keto di

A few months ago after we wrapped up our cookbook

Ready for a week of EASY + TASTY 30-minute Keto di

A few months ago after we wrapped up our cookbook