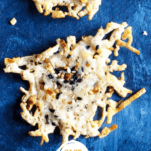 These Keto Parmesan Crisps are a great low-carb snack made with just one ingredient! Easy and fast this will be a recipe you’ll turn to again and again! 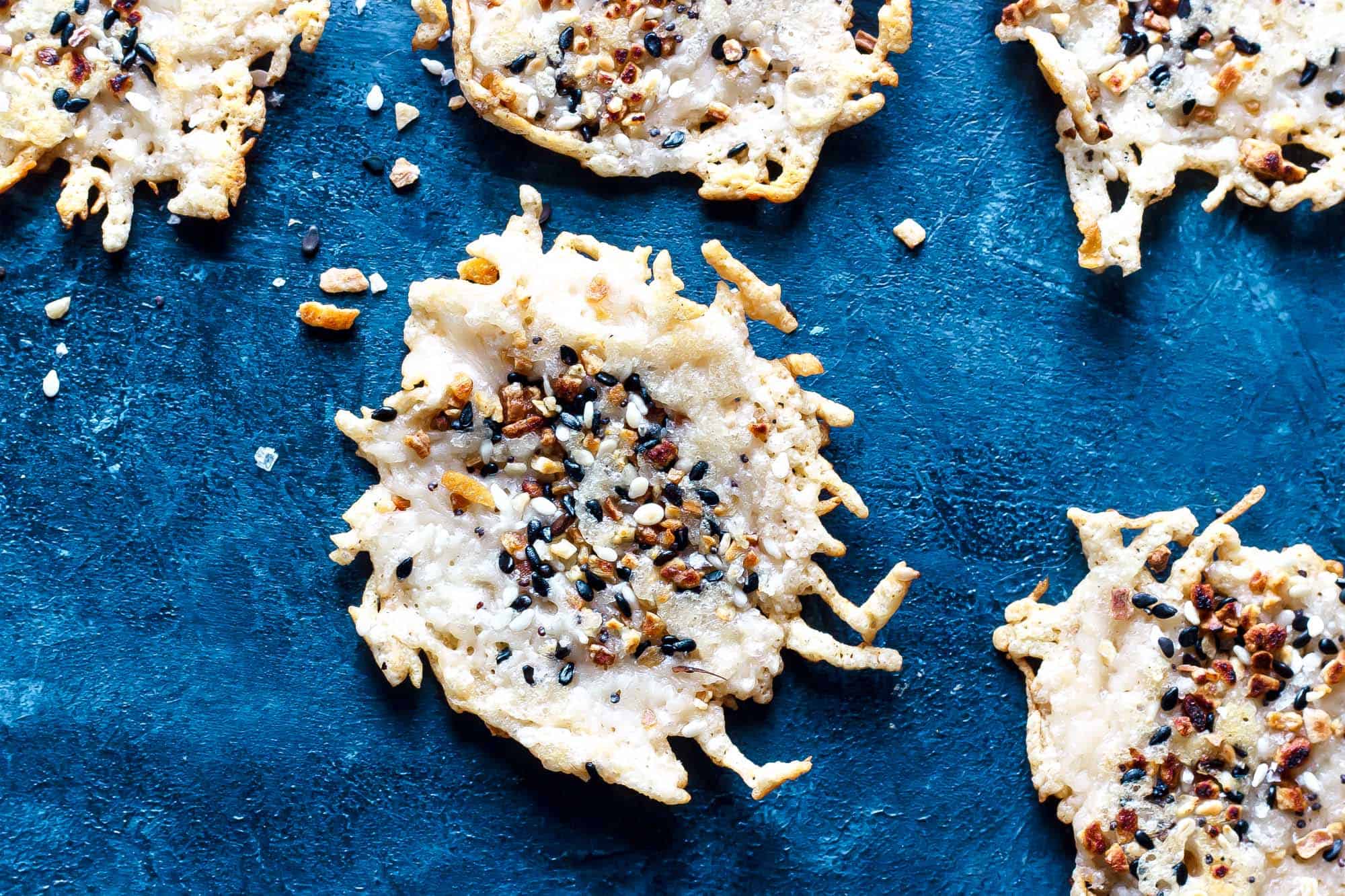 These easy Keto Parmesan Crisps make a great snack and are super customizable! We went with an Everything Bagel style seasoning on these crisps and let me tell you, they are SO good! Read on for more flavor options and the how-to!

What is a Parmesan Crisp?

I’m sure you’ve had baked cheese before. Parmesan crisps are just baked cheese circles, simple as that! You can buy parmesan crisps at most grocery stores in the crouton section but making your own is totally easy so you’ll save some money in the process.

How to make Keto Parmesan Crisps:

There’s a few ways to make parmesan crisps. First, you’ll grab a shredded parmesan cheese. Next, you have two options:

Can I use other cheeses?

Ways to use Parmesan Crisps: 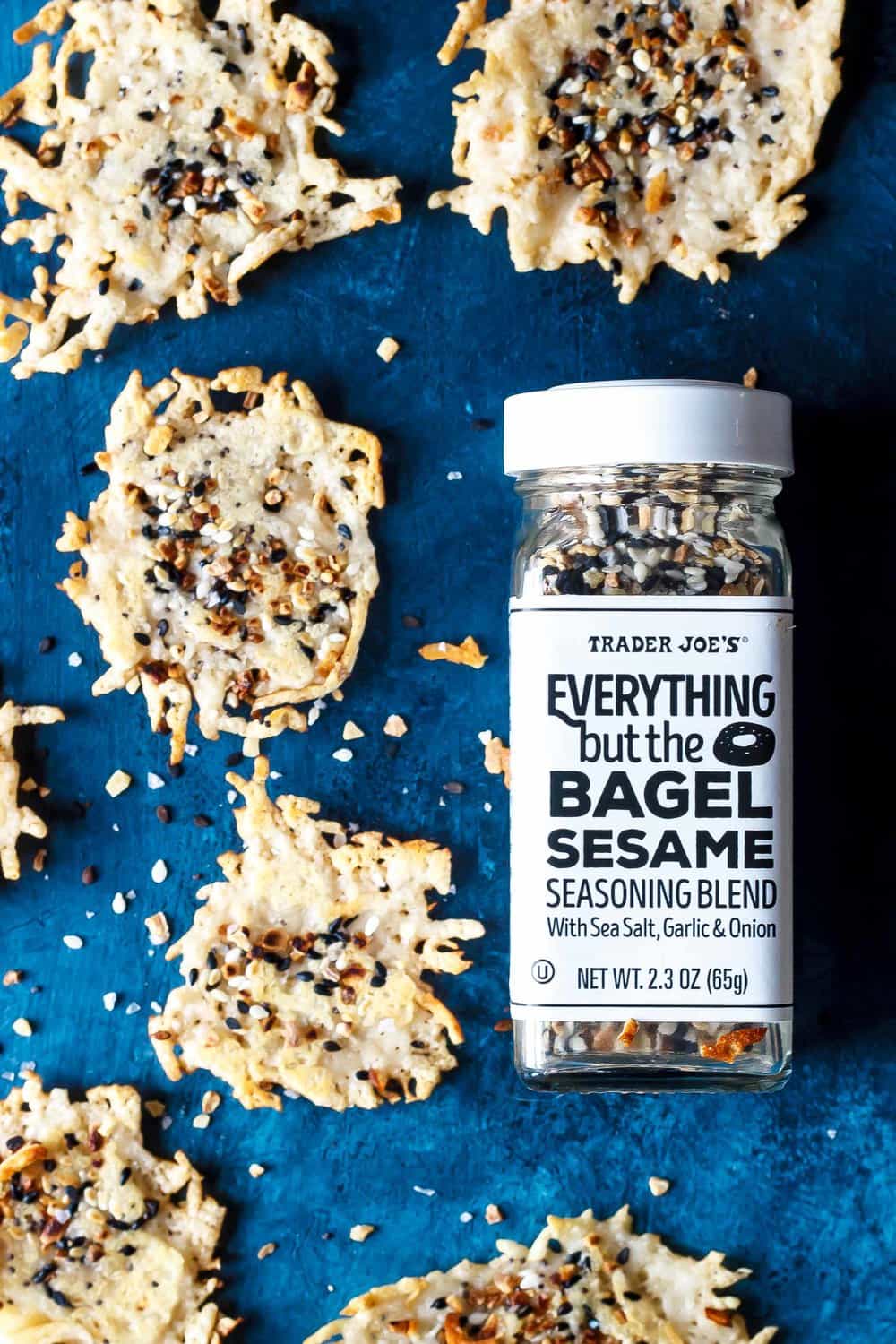 Once upon a time, in a galaxy far far away there was a young man who ate an entire box, AN ENTIRE BOX, of hot & spicy Cheez-its nearly every evening as he laid on the couch watching Netflix.  This young man was overweight and for some inexplicable reason wondered why he had heartburn all the time (it was the tabasco flavored cheese product, for those of you who haven’t figured it out yet). Who am I kidding, this was supposed to be a cautionary tale, but that young man was me (cue dramatic music). These Keto Parmesan Crisps are the closest thing I’ve had to my former favorite snack in years plus I don’t suffer from heartburn, so that chalk up another win for Keto.  Not that I’m keeping score or anything, but that’s like Keto: 7,823,637 to SAD’s (Standard American Diet): 0.

So by all accounts, Keto has been the best diet I’ve ever been on. The first week was hell though. I felt like crap, I had a headache and I legitimately thought I was going to pass out after/in the middle of one 3 mile run in particular. Sidenote for those of you who think that keto can’t work for runners, 6 weeks after starting keto I was up to running 8+ miles without carb loading. That’s pretty impressive to me!

The unpleasantness has worn off now that my body has adapted and I feel better, I can run further without having to carry gels or gu, and I wake up feeling well-rested, which never used to happen. The first time I ever heard about the keto diet was while researching treatments for epilepsy. Lauren had adopted a one-eared cat (which I named Van Gogh for obvious reasons) that suffered from occasional seizures.  Switching her to a grain-free, low carb diet helped tremendously.  The more I read about keto and its benefits the more I wanted to give keto a try, and now I feel the best I’ve ever felt.

Like I said above, I was once an overweight junk food lover, who only participated in one sport…beer pong.  When I graduated college I weighed around 220 lbs, and when I got married the following November I was around 140 lbs.  Not all that weight loss can be attributed to keto, I’ve tried p90x and the corresponding diet plan, vegetarianism, paleo, the “fast metabolism diet” and probably plenty other’s for 5-7 days at a time, but none have been as fulfilling and rewarding as keto.  Let me know your keto success stories in the comments below and good luck to those just beginning your journey.

Check out these other resources to read more about the awesome benefits of nutritional ketosis: 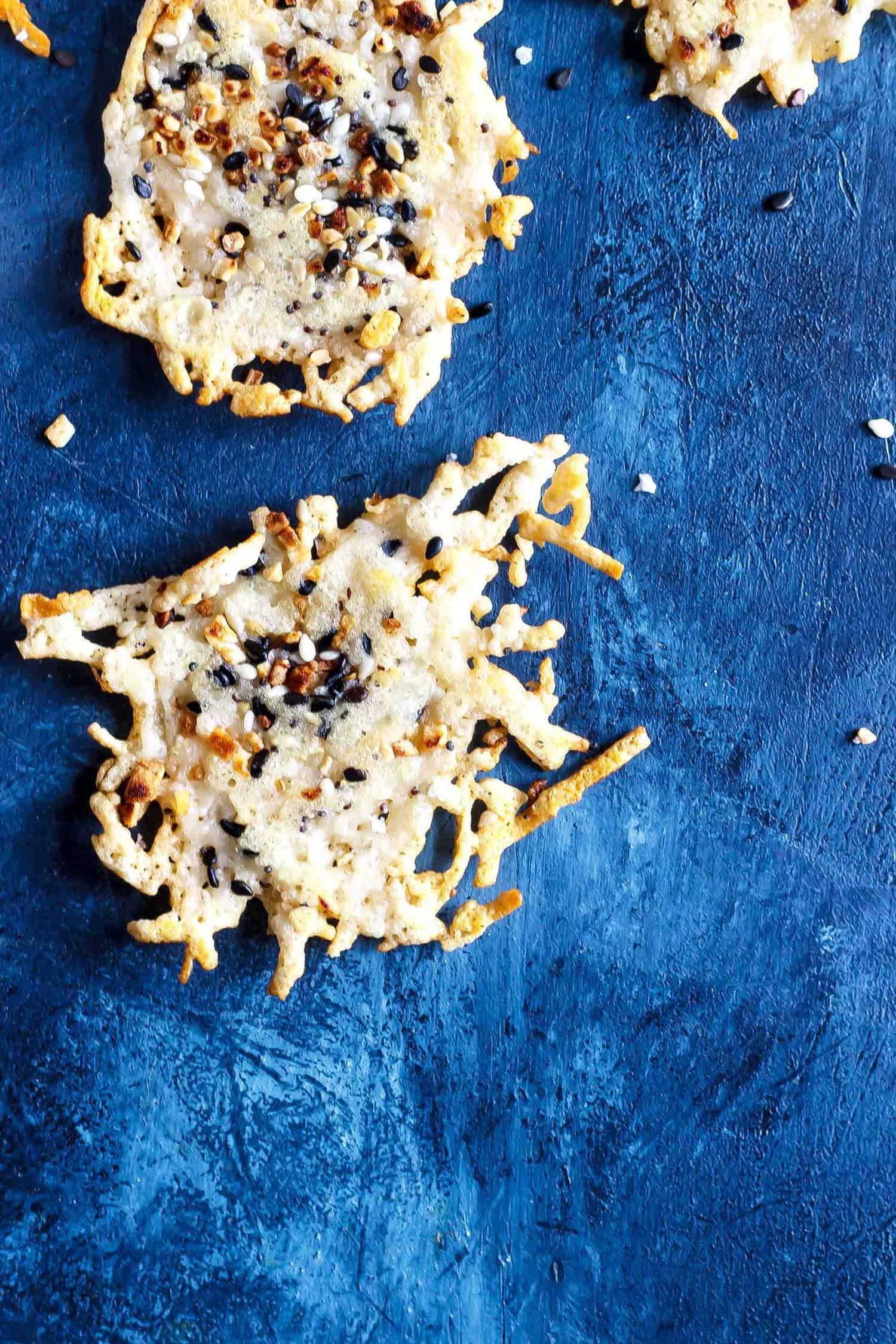 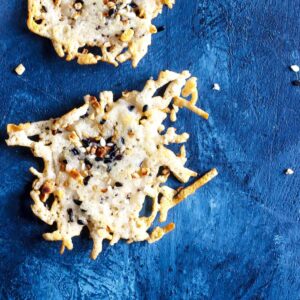 # Hashtag with us!Don't forget to mention @castiron_keto or tag #castironketo on Instagram with your creations! We love seeing what you're making.
Previous Post: « Keto Ham and Swiss Poppy Seed Sliders
Next Post: Keto Breakfast Hash with Pulled Pork »